Home > Report on the latest performances 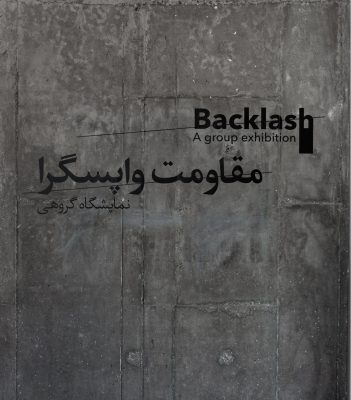 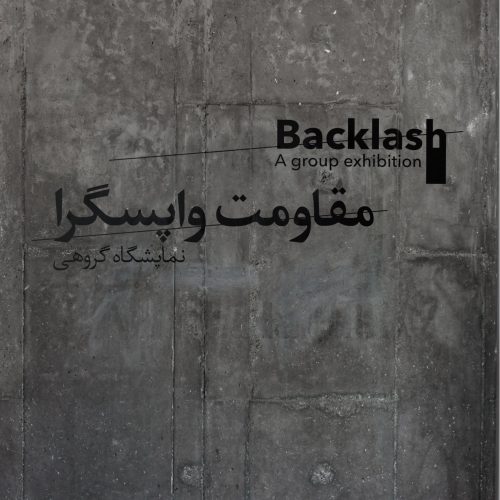 Backlash proposal for the Middle East program 2022 of the Yassi Foundation is constructed with regards to the urgency of thinking from the body through the filter of heterogeneous and polymorphous desires. The body presents itself as the place of a concentration of energy, that of a vital impulse, the starting point of action. The body is the place of inscription of multiple narratives and metaphors, crossed by language; it is a place for reflection on conditions and contemporary identities.

In this context, I found it particularly interesting to work on a project that puts into perspective the territorial stakes with regard to these physical and mental issues. Thus the works of the five artists presented in this project offer different readings of borders of Western Asia, from a position of exteriority, from an exil, from a work on the spot, as close as possible to the inhabitants.

My reflection in the context of this proposal goes through three scales exhibitions focusing on the ways in which artistic practices highlight the emancipatory potential of the body in the production of subjectivity and resistance to different forms of domination and subjugation. How do artists invent other narratives, other uses and other practices that place the body at the centre of a critical and vitalizing approach to the world today?

Modification, transformation and eroticism are all notions that will enable us to grasp the cultural and artistic practices that I wish to put forward in this exhibition.

The title of the proposal, Backlash, obviously refers to the 1991 essay by Susan Faludi. A pioneering work in the confrontation against the return of reactionary movements, the work of the American journalist is still today a source of reflection but also of inspiration in opposition to the sometimes simplistic analyses of the «gender gap». It is not a question here of taking a frontal stand in this ideological debate but of jointly producing a thought of bodies in the context of the «gender gap». 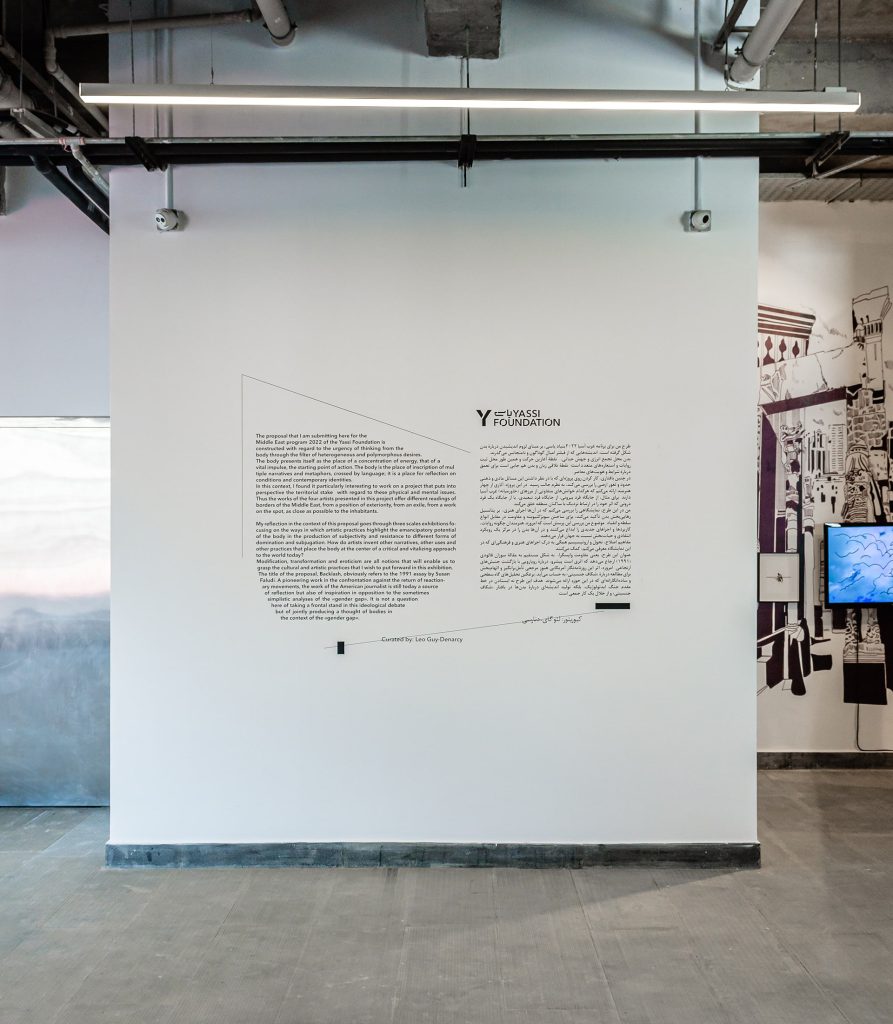 Born in 1978 in Blida (algeria), Mohamed Bourouissa lives and works in Paris.

Preceded by a long immersion phase, each of Mohamed Bourouissa’s projects builds a new enunciation situation. Unlike false simplistic media constructions, the artist reintroduces complexity into the representation of the margins of hypervisibility.

VideoHorse day is a reflection on the representation of the figure of cowboy in american cinema and on the practice of whitewashing. Horse day borrows the classic codes of the western only to better deconstruct them and reveal the great diversity of american equestrian culture, deliberately reduced to its white participants through the invention of the myth of the conquest of the west. 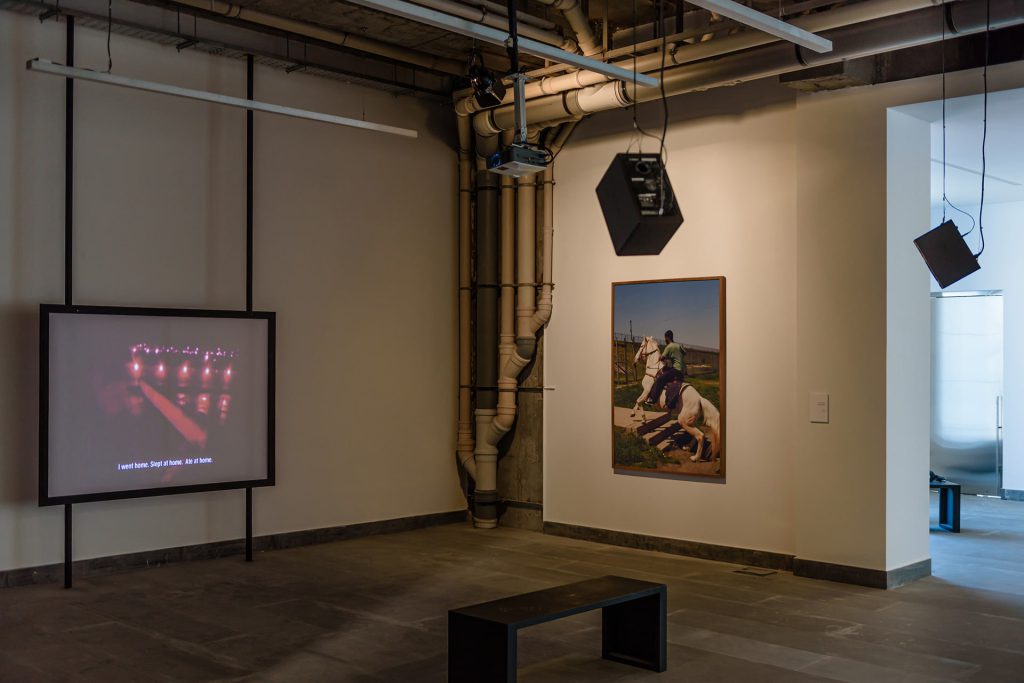 PrintTemps mort project is reminiscent of the imagery associated with photo journalism or with social documentary conveyed by the media. And yet the process by which it has come about distances it decisively from a journalistic aesthetic 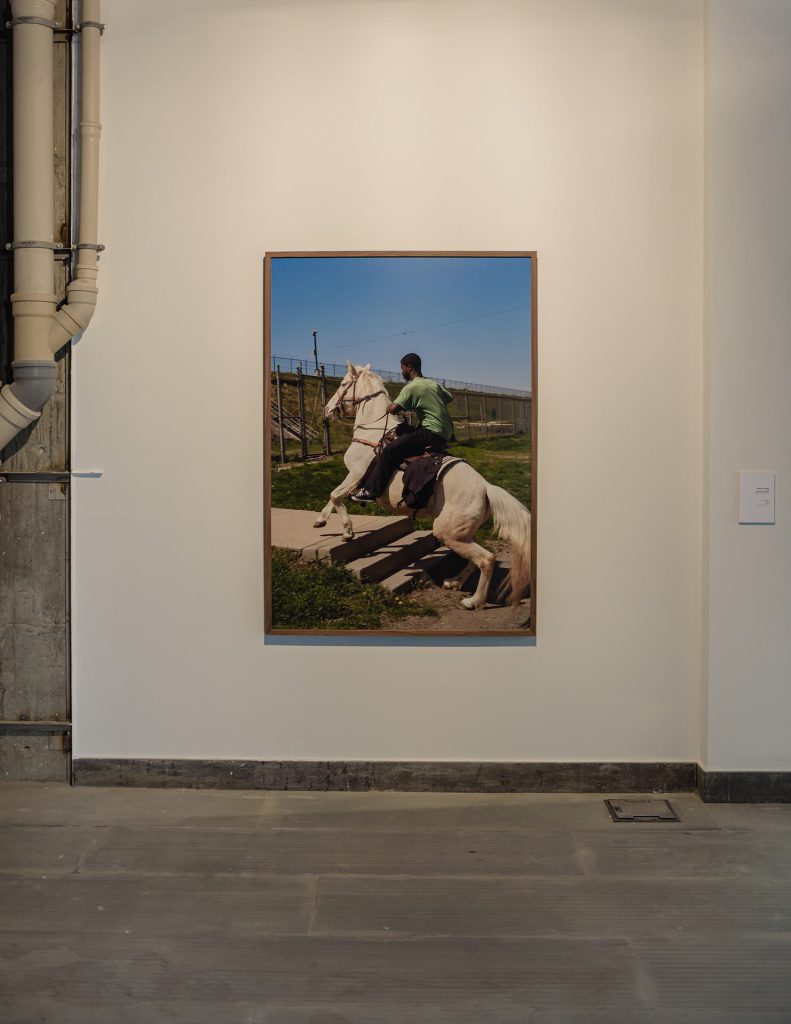 Born in 1978 in blida (algeria), mohamed bourouissa lives and works in paris.Preceded by a long immersion phase, each of mohamed bourouissa’s projects builds a new enunciation situation. Unlike false simplistic media constructions, the artist reintroduces complexity into the representation of the margins of hypervisibility.

“i am made of water.

khardal – where there will be a mountain the water will make noise – is an installation around a memory often erased by the deluge, here, that of a water which has not stopped flowing around the iranian-iraqi borders . Sar/dasht: the head of the plains which extend to a river. Sardasht, zardasht or zoroaster, the territory of those blinded by mustard gas, a sulphurous mist with pungent fibres. On june 28, 1987, sardasht awoke to the endless sound of its waterfalls, in a silent deluge of mustard-scented mustard gas: khardal in farsi, khardal in arabic. Khardal, if it is only the weight of the seed to weigh the history of humanity, or even that of our liver on the last day.

Combining engraving, sculpture and video, this installation tends to draw the portrait of a flowing water containing within it an accumulated memory, which after the event and aftermath continues to dig into the rock as if to engrave its own history there. It is a construction that seeks the balance between myth and protocol: an architecture of oblivion that flows into the river of the blind.

In a constant relationship to architecture, the franco-moroccan artist Chourouk Hriech built by the drawing of a hybrid work, inspired by the history of the old, recent, real or imaginary places that she crosses, and of her readings. Her compositions come to reactivate forms buried in collective memory-landscapes, cities, various images… Immersive, like a journey through black and white maps, inciting reverie and strolling. The artist suggests new journeys through changing landscapes, constantly reconfigured. Discontinued, the cities whose verticality, geometry and chaotic aspect she accentuates, undergo changes of scale and points of view and offer a physical and mental experience of space. She also extended her vocabulary to other mediums such as photography, video and dance and to collaborations with musicians.

All I Dont Know About Iran

Sara sadik was born in 1994 in bordeaux where she obtained a master’s degree from the fine arts school in 2018. Juxtaposing and mixing the language of reality tv, documentary, phone footage and 3d animation, sadik’s works explores and documents masculinities and diasporic identities through fiction narratives filmed or performed.

Using the format of reality tv-show, carnalito full option is a real-life fiction in which five teenagers are isolated in an arena, cut-off from the outside world. For 24 hours, these young men compete against each-others in trials conceived based on the ideal man portrayed by teenage girls on social media in order to win the title of ‘gadjo ideal’ (translated as ‘perfect boyfriend’).

Carnalito full option is non-scripted and performed by a group of five teenagers from an educational (penitentiary) facility for minors from marseille. By capturing real-life moments and words, on and off set, carnalito full option documents the mysteries of teenage seduction, fleshes out the issues that animate those young men and explores the mechanisms of young masculinity, oscillating between virile postures and teenage emotions.